Respected & Experienced
Representation of the Injured for
over 50 years. 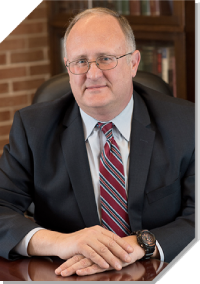 Respected & Experienced Representation of the Injured for over 50 years

Over the past three decades David Kosin has earned his reputation successfully fighting for seriously injured individuals before the Illinois Workers’ Compensation Commission, Illinois Circuit Court, Illinois Court of Claims and the Illinois Appellate Court. It is always his priority to maximize his client’s benefits while understanding a client’s future needs in simple as well as complex litigation matters. David has successfully concluded thousands of cases, whether through trial or settlement, representing individuals for injuries sustained due to all manner of negligence including:

David has particularly dedicated his professional life to representing individuals who have sustained injuries arising out of their employment under the Illinois Workers’ Compensation Act.

David grew up in Cicero and, later, La Grange Park, Illinois. His entire life has been devoted to understanding the needs of seriously injured people. David’s father, Robert S. Kosin, started his own firm in 1985. David acted as the sole clerk of his father’s law office beginning in 1985 and continued to work in the same firm after his graduation from IIT/Chicago-Kent College of Law in 1987 where he was a member of Moot Court and received the American Jurisprudence Award in Constitutional Law.

More than any other area of his practice, David has excelled in representing injured individuals before the Illinois Workers’ Compensation Commission (I.W.C.C.). He has handled claims involving injuries from simple to complex such as strain/sprain injuries, traumatic head injuries, chronic pain injuries (CRPS/RSD), fractures, torn ligaments and psychological injuries.

He has successfully litigated issues including:

Because of his extensive knowledge of the Illinois Workers’ Compensation Act, David has, on many occasions, met with clients who have been told by other attorneys that their claims could not be brought before the Commission and he has obtained benefits for those clients under the Act. Whether a client wishes to proceed with their claim is a personal decision. It is David’s firm belief that each client should be aware of what rights they have available to them. That is why it has always been David’s belief that a client should be interviewed in person so that he or she is fully aware of the rights to which they may be entitled and ask any questions they need answered.

Each client’s situation is handled personally through its completion, whether it is by settlement or trial. Many of today’s issues with respect to a client’s Workers’ Compensation benefits, Social Security benefits and Medicare benefits pose significant issues when proceeding with injury claims. David is experienced in handling and resolving these issues to the greatest benefit for his clients.